Hannah is the lead investigator on the project. She has responsibility for oversight of the project as a whole, and is also leading on fieldwork in West Yorkshire and working with Kirsten on the online research. Hannah is an Assistant Professor in Sociology at The University of Warwick. She has conducted research on multiculture and multiculturalism, local government policy-making, community cohesion policy, migration policy, voluntary and community sector organising, regeneration and urban studies, and diversity and inequality. Before working at Warwick Hannah held positions at The Open University, The University of Oxford, and Goldsmiths, University of London. She also worked in local government policy for five years at the London Borough of Hackney.

Gargi is leading on the survey work within the project, and working on writing, communications and publicity with the rest of the team. Gargi is a Professor in the School of Law and Social Sciences at the University of East London. She has previously worked at the Universities of Wolverhampton, Birmingham and Aston. Gargi has worked in the areas of: race and racisms; sexualities; globalisation; the war on terror; political disengagement. Her published books include: Tales of Dark-Sinned Women (UCL, 1998); Race and Power, with John Gabriel and Stephen Small (Routledge, 2001); Sexuality and Society (Routledge, 2002); Traffic (Pluto, 2005); Dangerous Brown Men, Exploiting Sex, Violence and Feminism in the War on Terror (Zed, 2008); Ethnicities and Values in a Changing World (Ashgate, 2009).

Will is leading on the policy research elements of the project. Will is a Senior Lecturer in Politics at Goldsmiths, University of London. He has conducted research looking at the interface between economic methods and public policy, and the rise of economic psychology as a tool for policy-making. He has also researched and written about co-operatives and alternatives to shareholder-owned firms. Will has previously held positions at the Centre for Interdisciplinary Methodologies at the University of Warwick, The Institute for Science Innovation & Society, University of Oxford, and the Centre for Mutual & Employee-owned Business, University of Oxford.

Sukhwant is leading on the fieldwork in West London. Sukhwant is a Research Fellow in the Institute of Applied Social Research at the University of Bedfordshire. She moved over to academia after ten years of working in the UK voluntary sector, primarily for feminist organisations challenging violence against women and girls, and most notably for Southall Black Sisters. Sukhwant’s experience in the voluntary sector in Britain has been complemented by an academic career that encompasses research projects on five out of six of the equality strands – ‘race’, gender, disability, age, religion and belief – including projects researching racial harassment in the public housing sector, racism and trade unionism, the intersection of race and disability in meeting the housing needs of Black disabled people, the work experiences of older men and older women, the impact on women of religious fundamentalism, and the impact of religious mobilisations on relations between the state and various arenas within civil society.

Kirsten is leading on the fieldwork in the West Midlands, and working with Hannah on the online research. Kirsten is a Lecturer in the Birmingham School of Media at Birmingham City University. She is a researcher and activist, and researches the politics of cultural work and education. She has published on media art, activism, and the globalisation of education. Prior to academia, Kirsten was active as a media artist, curator and critic. She has been involved in community media, media art and activist projects, including ‘Video In’ in Vancouver, Canada, and ‘Democracy Now!’ and the ’16beaver Collective’ in New York.

Yasmin is leading on the fieldwork in East London. Yasmin is a Senior Lecturer in the Department of Sociology, Goldsmiths, University of London. Before that she was involved in research, teaching and training in Higher Education, for local government and in the voluntary sector. Her most recent book is Death and the Migrant: Borders, Bodies, Care (2013, Bloomsbury Academic). 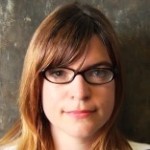 Emma is leading on the fieldwork in Glasgow. Emma is a Lecturer in Sociology at Goldsmiths, University of London. She was previously an Urban Studies Journal Research Fellow in the School of Social and Political Sciences, University of Glasgow. Her research focuses on class, multiculture, homelessness and the relationship between everyday practices, mobility and place.  Her previous projects have included ethnographic research on the relationship between young homeless people and urban space and comparative research on the middle classes in Paris and London.

Roiyah is leading on the fieldwork in Cardiff. Roiyah is a Principal Research Fellow in the Faculty of Life Sciences and Education at the University of South Wales. Her research incorporates critical race theory, feminism, community development theory, and critical perspectives in health, social policy and practice. Roiyah’s abiding research interest is rooted in intersectionality, in particular, the interplay and impact of, gender, age and social class as experienced by racialised and minority ethnic population groups. More recently, she has begun to examine the ethics of researching ‘race’, and ethnicity, and to explore intersectionality as linked to poverty, social exclusion and location in Wales. A key aspect of Roiyah’s research has been to draw out the voices of people from racialised and minority ethnic population groups, to explore and map the responsiveness of public services, to spotlight issues of access, engagement and participation in a range of health and social care settings, and to explore and spotlight gaps between policy and practice.

35 thoughts on “The Research Team”