As Donald Trump ‘plays the race card’ to distract from his brutal immigration regime, we look back at the parallel politics of racism and immigration control in the UK, and how this is playing out for young people growing up in the Hostile Environment for immigration. 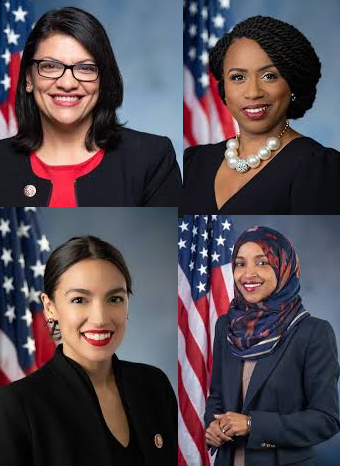 As you will likely have seen by now, Donald Trump bought himself headlines again with his tweets over the weekend which, among other things, told four US Congresswomen to ‘go back’ to ‘the totally broken and crime infested places from which they came’. In the UK, Prime Minister Theresa May ‘condemned’ the US President’s words as ‘completely unacceptable’ (via her spokesperson). But she, like many US politicians and the two candidates to be the next UK Prime Minister, refused to call Trump’s racist statements racist. It is hardly surprising, since, as many pointed out, Theresa May herself was responsible for what quickly became dubbed (also on Twitter) the ‘racist van’ which the Home Office used to tell Londoners to ‘Go Home or Face Arrest’.

The USA and the UK have different contexts of race and immigration politics – but the implications of being told to ‘go home’ are pretty much the same. They are, as Ilhan Omar, one of the Congresswomen, pointed out in response, the politics of white nationalism. The slur is used by the speaker to claim ownership of a place and question the target’s right to be there – and it is traditionally used by white racists. Telling someone to ‘go home’ or ‘go back to where they came from’ is not about accuracy – it doesn’t matter to Trump or people like him that the four Congresswomen are US citizens, and all but one were born in the USA. It doesn’t matter to them that in the USA, the land was stolen by Europeans from indigenous people of the Americas, or that black people were brought to the USA in chains and against their will by Europeans. It doesn’t matter to them that in the UK, the majority of British people of colour are there because their ancestors came from lands colonised by the British as part of a British Empire. The justice or truth of calling a place ‘home’ is not what they care about; it is a way of devaluing and excluding people racialised as lesser human beings.

When Theresa May’s Home Office launched the Go Home van and associated campaigns that publicised ‘tough’ immigration controls, they denied accusations of racism. Mark Harper, Home Office minister at the time, insisted the campaigns were simply about asking people without the right to be in the UK to leave and said he found accusations of racism ‘astonishing’. As the Mapping Immigration Controversy project team has previously written, perhaps he would have been less astonished if had the experienced or understood the legacy of racism and its entanglement with immigration and border control.

The purpose of the Go Home van and associated campaigns was, as we have shown, to demonstrate to voters that the Conservative-Liberal Democrat government was tough on immigration, buying into and escalating the fear and hatred of ‘others’ fomented by the publicity given to Nigel Farage MEP. There appeared to be no qualms about the ways that migration control is entangled in race politics. Though the UK government was able to argue on technicalities that their Go Home van approach was aimed at people without the legal right to be in the UK, their publicity tactics were not expected to be effective at limiting irregular migration. Rather, they predictably sent a message of suspicion which works to increase harassment of people racialised as non-white and non-British.

Of course, Trump’s intervention comes amidst controversy about border control. As the Congresswomen have pointed out, the attention focused on his personal attacks have distracted from their own campaigns about the horrific conditions in US border detention sites and a weekend of planned immigration raids. Similarly, in the UK, the bold language of the Go Home van which gained much more attention than the ongoing, everyday violence of racialised border controls in our streets, workplaces, healthcare, welfare and education.

Our research traced the effects of the UK Home Office’s public campaigns about immigration control, including the Go Home van, between 2013 and 2015. The story didn’t end then. In this new updated video, you can hear a flavour or our research findings and our reflections on how this research is relevant to controversies up to 2019.

In two further posts to follow, you can read about how we have been continuing to explore and develop responses to the politics of immigration control, in work with schools and theatre practitioners actREAL, to find out what it is like growing up in the era of the Hostile Environment.